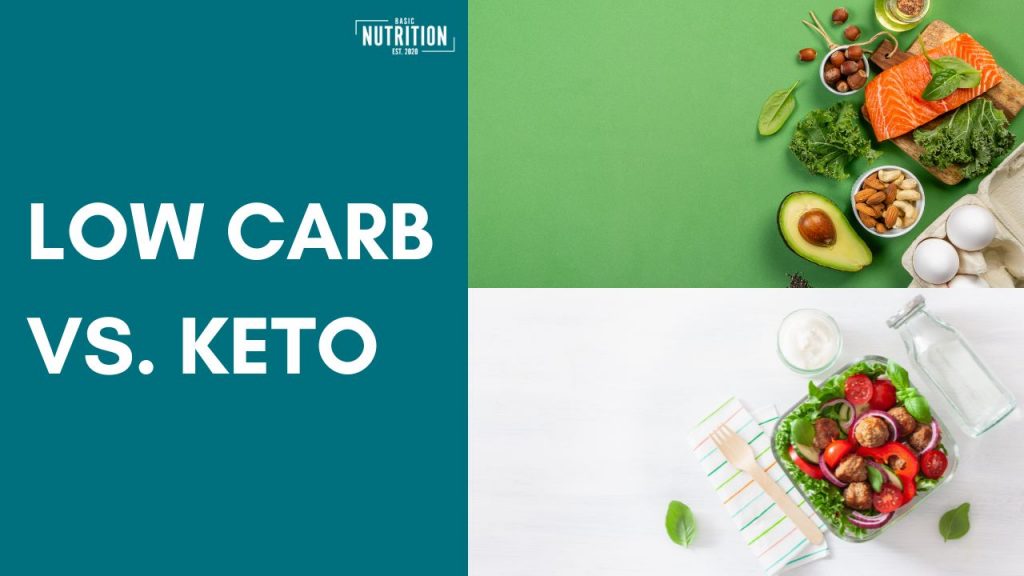 When it comes to dieting, most experts agree that taking things to an extreme can be dangerous. The keto diet, for example, can be highly effective for weight loss, but eating only 50 grams of carbs per day is not considered a balanced diet.

Low Carb Diet vs. Keto Diet:
What is The Difference?

Although the two diets both involve cutting carbs and can help with weight loss, the keto diet (short for ketogenic) is a far more restrictive way of eating and involves limiting carb intake and eating a high amount of fat, with moderate protein.

Meanwhile low carb diets limit the amount of carbohydrates consumed, especially simple and refined ones found in sugary foods, pasta and bread. Going low carb helps regulate blood sugar but it doesn’t produce ketosis, so the body will first use the glucose stored as energy, then move onto fat for fuel.

Going low carb also means you’re probably not eating as much fat as you would if you were trying to force the body into ketosis, and you’ll be eating lots of filling lean proteins and vegetables to stay energized. Like keto, low carb diets follow the same principle of cutting carbs and replacing them with protein, healthy fats, and vegetables. BMI studies have revealed that going low carb was associated with higher states of remission among people with type 2 diabetes.

Keto means the body has switched into ketosis and is using fat instead of glucose for fuel. The original use of the keto diet was developed in the 1920s to treat epilepsy, long before it became trendy. Although most people with epilepsy today control their seizures with anti-epileptic drugs, the diet is sometimes prescribed to children with epilepsy who have not responded to several medications. While the relation between WHY the Keto diet helps seizures is still be researched, studies show that it is because eating a keto diet, it has substantial changes to gut bacteria, and the gut bacteria associated with the Keto diet has shown to play a role on anti-seizure effects.

Low carb means getting about 20% of your daily calories from carbs, which equates to somewhere between 50 to 150 grams. This way, you’re still taking in plenty of glucose, which is important for recovery and energy if you plan on exercising often. Carbs in excess can be detrimental, but that doesn’t mean they should be avoided altogether.

Try these “10 High Carb Foods that are Actually Incredibly Healthy”.

Fruits, oatmeal, and other foods high in fiber allow you to get carbs and sugar without experiencing the rapid rise and fall in blood sugar you’d get by eating a candy bar or drinking soda.

By eating veggies first, protein and fats second, and then starches and sugars, you’ll slow the rate at which your body absorbs sugar so you experience a more steady supply of energy.